Share
The Maritime Workers Union of Nigeria (MWUN) at the weekend took relief materials including food items, water and medications to 18 stranded crew members on board a vessel, MT ORYX Trader, anchored at the
out bar Lagos. 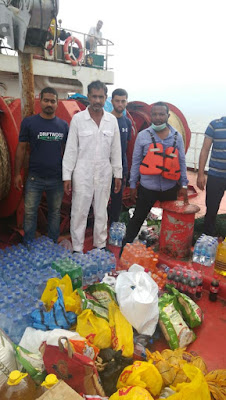 President General of the Union, Comrade Adewale Adeyanju, had approved an immediate set up a MWUN Emergency Response/Relief Committee to evaluate the situation of the seafarers on board
the vessel after the Union received a call from the International Transport Workers
Federation (ITF).
The Union disclosed that the crew had been at anchorage for three months, following a dispute between two companies with home offices in Greece.
“The International Transport Workers Federal (ITF), the global federation of transport unions to which MWUN is affiliated, informed us of the situation of the crew on board the vessel MT ORYX TRADER reportedly anchored out bar due to its arrest by the authorities.
“The situation reportedly arose from dispute between two coys. Consequently, the eighteen
member crew were abandoned and left stranded by the home coy located in Greece. 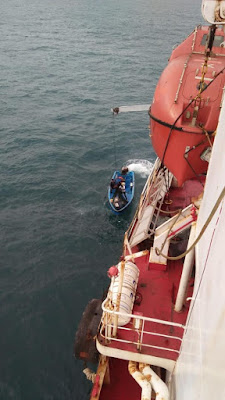 “The crew had been on anchorage for over three months and had run out of water, medications, food, provisions.
On the above basis, the Union set up a MWUN EMERGENCY RESPONSE/RELIEF committee to evaluate the situation of the seafarers on board and determine how best for the union to respond, the Union said in a statement. 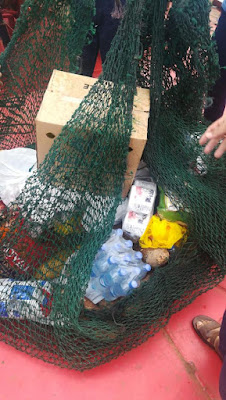 After its assessment, the Union made available over N1 million for the purchase of medications, food, provisions, water, sanitizer, which were ferried by a chartered boat to the crew onboard.
The Union said that all crew on board were foreign nationals, with the captain from Pakistan and the chief
officer a Ukrainian.
Of the 18 crew members on board, 15 are Muslims and three of them Christians, the Union added.
#COVID-19maritimemaritime workers union of NigeriaMT ORYX TraderNewsrelief materialsseafarers
Share

At The Marina Today

At The Marina Today